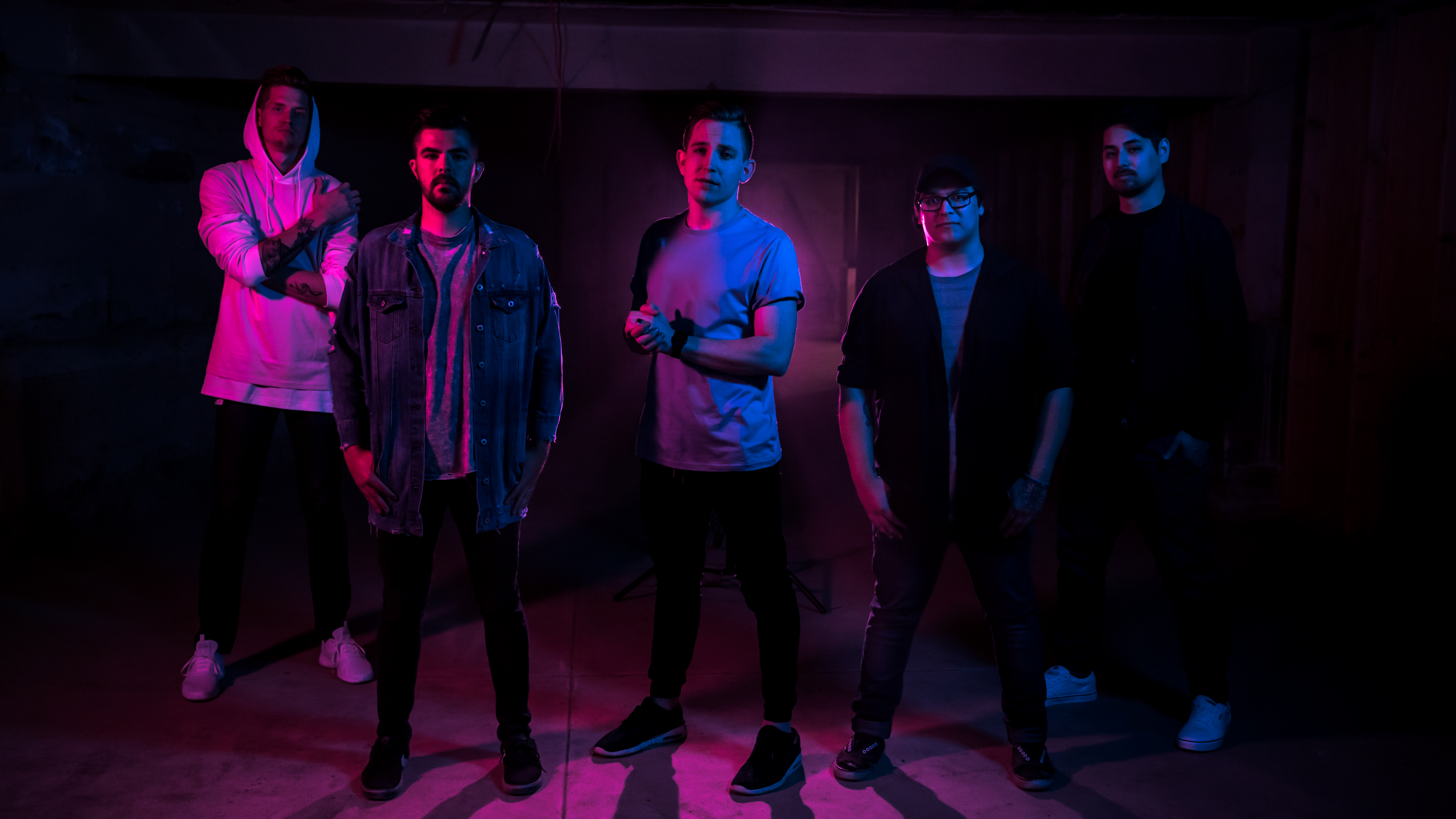 What at first was friends jamming during the late hours of the night in a local church in Phoenix, Arizona, quickly turned into a hard hitting vision with melodic direction and honest lyrical ambition. In 2013, with Kyle Pastor on vocals, Tyler Flamm on drums, and Cesar Marenco on guitar, Archetypes Collide was born. In 2014 the trio released their first EP, Foundations. They enlisted the producing and recording expertise of Hiram Hernadez (ex The New Low, Glass Cloud). The EP was preceded by their aggressive single, “Hollow Ground”. Soon after their first EP release, there was a change in the lineup; Brandon Baker (guitar) and Jared Knister (guitar) were brought on board. In 2016, with their newly solidified lineup, they released a heart-pounding single, “Fractures”. After touring in support of their EP and new single they returned to the studio to record a follow-up. In 2018, their sophomore self-titled EP was released featuring the melodic anthem, “Reminiscent Life” and the heavy-hitting jam, “Well Wasted”. You can catch Archetypes Collide August 3rd at Club Red with Miss May I and The Word Alive. Follow them on Facebook, Twitter and Instagram. Preview their latest single “One More Night” below and let us know what you think. If ya love it, vote to hear it again for Song of the Week at the bottom of the page. Mesa, AZ based punk rock royalty AUTHORITY ZERO has managed to weather the music industry storm and endure living on the road away from friends and loved ones for almost 2 decades. With four studio albums under their belt, two live acoustic albums, and two EP’s, they appear to be just getting started. Over the past few years the band has broke ground internationally, beginning with shows in Japan, followed by performances at Belgium’s legendary Groezrock, Spain’s Resurrection Fest and UK’s Rebellion Fest amongst countless other European festivals. With tours through Russia and Australia in the works, AUTHORITY ZERO continues to seek new destinations to spread their live show and music.

Initially their goal was simple; create a sound that paid tribute to their punk rock forefathers, but not confined by the musical barriers that typically bound the genre together. Now,18 years later, they have just wrapped on their fifth full-length studio album. Named after the Malcolm Gladwell book, The Tipping Point was recorded with producer Cameron Webb (Pennywise, Social Distortion, Motorhead etc.) at Maple Studios in California. Their latest effort pays tribute to their punk rock forefathers while expanding their musical boundaries into unconventional reggae and rock tinges beyond the typical punk rock aesthetics, creating a whirlwind rock album that will undoubtedly take listeners by storm.

The new album is set to be released on April 2nd via Hardline Entertainment-US/Canada/Japan, Concrete Jungle-Europe/UK and 3wise Records-Australia and will be followed by a heavy touring schedule around the globe.  Lead Singer and Front Man, Jason DeVore says “The excitement and anticipation for the new album The Tipping Point that I have is unparalleled,” says vocalist Jason DeVore. “The closest thing I can think of is how I felt when we first released A Passage In Time so many years ago. You feel you’re really doing something right when you and the members of your band are rocking out to it like it’s their new favorite album that just came out. That’s how it should feel. The energy, the intensity, and collaborative sounds along with a new realm of production working with Cameron Webb has made it extremely intense. It’s a taste of the old school and slingshots into new areas and veins of music we have yet to tap into. We’ve also incorporated some surprise elements. It’s an album based on the idea of tipping the scales, unity, causing a ruckus while forging on, and the history and future of all who have been involved and will be for years to come. We’re fired up.”

Eighteen years into their storied career began and Authority Zero has seen their fair share of ups-and-downs. After original guitarist and longtime friend Bill Marcks left the band in 2008, members have seemed to come and go, but the band and music has carried on. Recently, after the release of their last album, Stories of Survival, guitarist Zach Vogel departed the band to return to his home in Wisconsin for more family time. Shortly after that and with the turn of the New Year in 2011, long time friend and drummer Jim Wilcox also left the band to pursue other endeavors.

At this point, many bands would have folded under the pressure of lineup changes and setbacks, but the rest of the band carried on by inviting new recruits and Amarillo, TX native Brandon Landelius on guitar along with legendary punk drummer, Sean Sellers (Good Riddance, Real McKenzies) on drums to restructure and complete the group. With their fifth studio album The Tipping Point, Authority Zero is determined to carry on with perseverance and dedication to spread their music and message to fans around the globe. They’re celebrating their 25th anniversary this Friday and Saturday at The Rebel Lounge with a live album recording. Follow them on Facebook, Twitter and Instagram. Check out their classic jam “Derailed” below then vote to hear it again for Song of the Week at the bottom of the page. EL WEST symbolizes energy. This platform has developed into dynamic composition, truthful lyrics and a distinctive energetic performance. The music has effortless swell that can turn on you at any moment from a lifting bravado to a faint hum. Inspired by bands such as Broken Social Scene, Radiohead, Muse, and Arctic Monkeys, EL WEST has created its own compelling and original sound. El West are taking over Angles Trumpet Arcadia and raising money for our drummer Marty’s sister, the amazing Kim Trocki, as she battles Brain Cancer.
They’ll have live music, raffle prizes and lots of chances to raise funds!
More info at their Go Fund Me here: https://bit.ly/2KcWRwc.

Check out their song “Where The Lights Go” below, if ya dig it, vote to hear it again for Song of the Week at the bottom of the page. Wanderer is the cinematic pop project from singer/songwriter, Adam Simons. Created in the heart of the Arizona desert in 2016, his debut EP – C I T Y – took him from beloved local musician to nationally recognized talent, embarking on several tours and supporting major label acts on sold out shows.

As an independent artist, Wanderer’s music has already been featured on MTV, Sirius XM, FM radio, and seen over one million streams on Spotify alone. Simons’ goal above all else is to create music that makes you feel something – whether it be the soundtrack for a midnight drive, the pangs of a complicated love, or the nostalgia in remembering younger years. He continues to write and record music while traveling, finding inspiration amidst the adventure. Wanderer’s second musical statement – Skyline – continues his journey, with four new tracks of sultry, 80s-tinged pop music, and a refined sound to not only his production, but his artistic style. Catch Wanderer opening for Twin XL August 1st at Pub Rock Live and check out Wanderer’s latest song “Hurt This Way” when it premieres July 11th on Homegrown. Love it? Vote to hear it again for the Song of The Week at the bottom of the page.