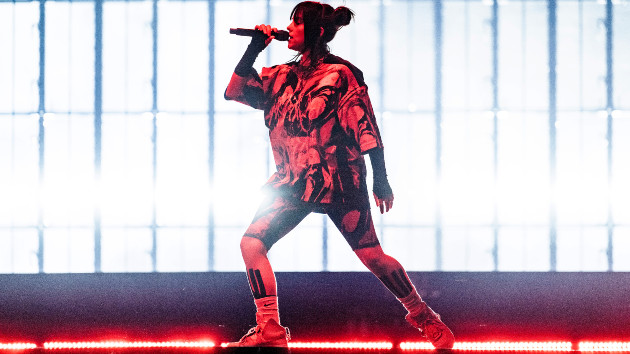 Billie Eilish has played in four continents this year as part of her Happier Than Ever world tour, but now, she’s bringing her show to your home.

Apple Music has announced a stream of one of Eilish’s concerts at London’s famed O2 Arena, which she headlined six times in June. The performance will air this Friday, September 30 at 10 p.m. ET.

“I am so excited to bring the Happier Than Ever world tour to Apple Music Live,” Eilish says. “This is my favorite tour I’ve ever done…I can’t wait for you to see it!”

“This show is such a gift for Billie’s fans around the world who weren’t able to make it out to witness one of the best concerts of 2022 and also the perfect opportunity to revisit the excitement for those who did,” adds Apple Music’s Zane Lowe.

Ahead of the premiere, Eilish will give an interview to Lowe, which airs Thursday, September 29.

Eilish has been touring in support of her sophomore album Happier Than Ever﻿, which was released in 2021. The international outing concludes Friday with a show in Australia.