Check out LUAU, Divided Minds, People Who Could Fly & Barefoot on this week’s Homegrown With Mo!

A Local Music Segment airing every Monday through Friday at 11pm w/ Mo! This week we’re featuring all the bands playing our FIRST EVER Homegrown With Mo local Showcase at Pub Rock Live!

Like one of one the bands we’re featuring this week on ALT AZ 93.3? Vote to hear their song again for the Friday replay at the bottom of the page!

Described as a “group on the rise,” LUAU is a four piece Indie Rock/Alternative band from Phoenix, Arizona. The band is made of Evan Hallock (Vocals/Guitar), Eric Thompson (Guitar) and Jon Collins (Bass) and Joel Knight (Drums). LUAU’s music consists of overlapping guitar parts, catchy vocal melodies and a solid rhythm session. LUAU has played at Crescent Ballroom, The Rebel Lounge, Rhythm Room and various other venues in the Valley. They recently wrapped up recording a six song EP titled “Gone” and was named as one of the top 17 bands to watch in 2017 by the Phoenix New Times. They have not slowed down, nor do they plan to. You can catch LUAU at The Homegrown With Mo Local Showcase May 11th at Pub Rock Live along with the rest of this week’s Homegrown bands and on Facebook and Instagram. Preview their new song “Darling” below then vote to hear them again for the Friday replay, below.

Divided Minds is a four-piece alternative band consisting of Sean Collins (vocals), Ethan Cottor (bass), Deven Palay (drums) and Josh Peters (guitar). They have risen quickly in the music scene to open for such nationals as The Summer Set, Austin Jones, Slaves, Capture the Crown, Ice Nine Kills, and Wage War to name a few. They have performed at many major venues including Camelback Ranch Stadium, Tempe Marketplace, Desert Ridge Entertainment District, and the Nile Theater.

Divided Minds known for their exciting live show released their five-song EP, “Perception” digitally on all platforms on April 29, 2016. They are excited to show the world their songs which were influenced by their teenage life experiences and show their hard hitting pop punk influences. They are setting their tour in motion to promote “Perception” in the fall of 2016. You can find The Homegrown With Mo Local Showcase May 11th at Pub Rock Live and on Facebook, Twitter, Instagram and Youtube. Preview their song “Time Goes On” below, if you love it, vote to hear it again for the Friday replay, below! 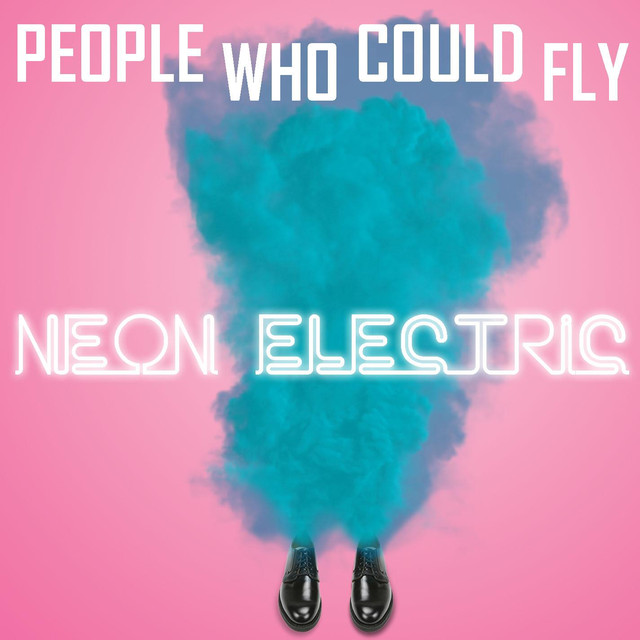 People Who Could Fly is an indie pop band formed in 2013 and based in Phoenix, AZ. The group’s style draws influence from acts such as Walk the Moon, the 1975, Cage the Elephant and Two Door Cinema Club.
People Who Could Fly has performed with national acts including Rick Springfield, Howard Jones, Roger Clyne, and Reel Big Fish, and will be performing alongside Death Cab for Cutie, Fitz and the Tantrums, and Sublime with Rome at Pot of Gold music fest in March 2017. The band also provided entertainment for The Arizona Cardinals NFL games in 2016. Their album “Neon Electric” was produced by Grammy-winner Robb Vallier (Gin Blossoms, Foo Fighters, Miranda Lambert). You can find PWCF at The Homegrown With Mo Local Showcase May 11th at Pub Rock Live and on Facebook, Twitter and Instagram. Last but not least, check out their song “Empty Days” below, then vote to hear it again for the Friday Replay, at the bottom of the page.

Barefoot consists of Dylan Fay on vocals, Dylan Heinrich and Eric Folts on guitar, Patrick Smiley on bass and Christia Aroz on Drums. “We’re just 5 music obsessed friends jamming in Tempe, AZ. We rehearse as a band several nights a week & all love different kinds of music. After playing together awhile, we eventually stumbled onto the Alternative Rock sound we have now because of our vocalists singing style and our love for the genre and bands like Incubus, Circa Survive, & Queens of the Stone Age. Also, the scene around us as we’ve been developing shaped our sound a bit, playing with bands like Katastro & Sunset Voodoo. We’re just another band trying to perfect a unique sound of our own. Our new album comes out this Thursday December 1st. We recorded the drums at Salt Mine Studios in Mesa, Arizona with our good friend and producer Matt Keller from the band Lydia. We did instruments and everything else at his home.” You can find Barefoot at The Homegrown With Mo Local Showcase May 11th at Pub Rock Live and don’t forget to check em out on Facebook, Twitter, Instagram and Youtube. Check out their song “Breathing In” below, then if ya love it, vote to hear it again for the Friday replay at the bottom of the page.

If you’re interested on being featured on Homegrown With Mo,

email an mp3 of your song to Mo@KDKB.com