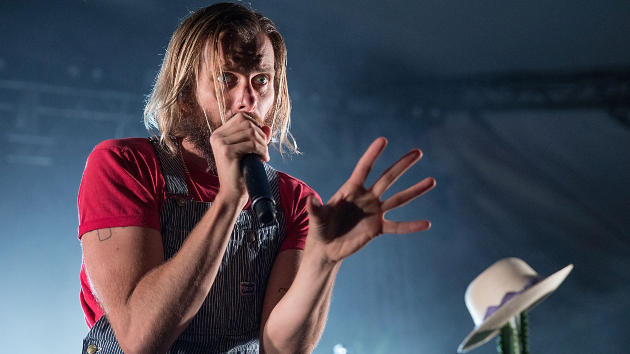 In addition to working together on a new cover of the Scorpions song “Wind of Change,” AWOLNATION and Portugal. the Man have another thing in common: massive, unexpected hit singles.

Aaron Bruno had been in several alternative bands that fizzled out before forming AWOLNATION and releasing the project’s debut single, “Sail,” in 2010. The track ended up spending a total of 79 weeks on the Billboard Hot 100, which is third-most of all time. In 2021, “Sail” was certified Diamond by the RIAA.

Similarly, Portugal. the Man had built up a loyal audience while remaining an alternative radio staple before blowing up into the mainstream with their multi-platinum 2017 hit, “Feel It Still.”

Speaking with ABC Audio, Bruno shares that he and the PtM members have spoken “a little bit” about their similar, out-of-nowhere success.

“Not too much,” Bruno says. “I don’t really wanna ask them too much about something that they have to talk about all the time.”

He adds, “We’ve had a few moments where we spoke about the experience of writing both those songs, ‘Feel It Still’ and ‘Sail,’ and maybe some similarities, the flow of those songs being written,” he says.

When they have talked about it, Bruno says Portugal. the Man has been “very humble” about “Feel It Still.” He’s also happy a fellow artist “from the underground” has found such success.

“There are some hit songs that you hear that you have to hear over and over and over, and you think, ‘Godd***, I don’t wanna hear that song again,'” Bruno says. “But their song is one that I really like a lot. Every time I hear it, I never turn it.”

AWOLNATION and Portugal. the Man’s “Wind of Change” cover is out now. It also features Incubus‘ Brandon Boyd.