The Rock & Siri Make A Movie, Michael Phelps Raced A Shark & The Top 5 Trailers Out of SDCC in Nerdgasm News! The Rock and Siri Make An Action Movie

No matter where you turn, you can’t escape The Rock! Between starring in 4 movies in 2017 alone, attempting to run for President and his HBO Ballers series, where does this dude find the time to sleep?! Well he found time to team up with Siri to make the quickest action movie in history just to prove how much more he can do with his new sidekick. The Rock X Siri Dominate The Day shows Dwayne, using Siri to call a Lyft car, travel to Rome, Take on fashion then still have time to take a selfie in Space and make it back to his movie shoot to save the day. Sadly Siri couldn’t smell what he was cookin but the 3 minute movie is below, check it out!

Last night was the long awaited Phelps vs. Shark: Great Gold vs. Great White race that kicked off Discovery Channel’s Shark Week. People were ready with popcorn to watch the epic showdown between the two monsters in water EXCEPT Phelps wasn’t racing a real shark, it was completely CGI. Turns out Discovery Channel pulled a bait and switch making everyone believe he was racing head to head against an actual shark, instead they timed it with estimated guesses and The Shark ended up winning by 2 seconds.

Top 5 trailers out of SDCC this weekend! 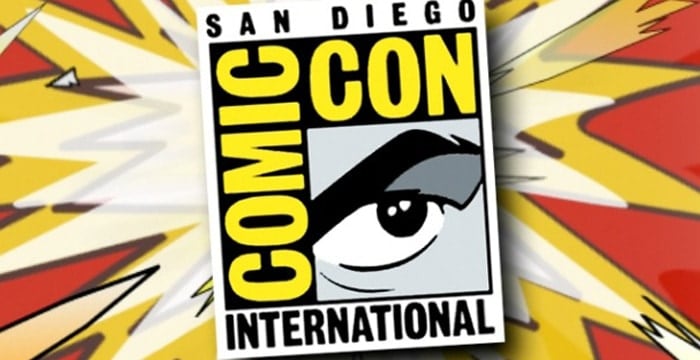 If Halloween wasn’t a good enough reason to be excited for October, how about Stranger Things Season 2 coming back on Netflix? The latest trailer premiering at SDCC this weekend featured the creepy voiceover of Vincent Price from Michael Jackson’s Thriller all while soundtracking a darker look into the new season on Oct. 27th, 2017. https://www.youtube.com/watch?v=vgS2L7WPIO4